Coming together to tackle Gender-Based Violence in Tanzania 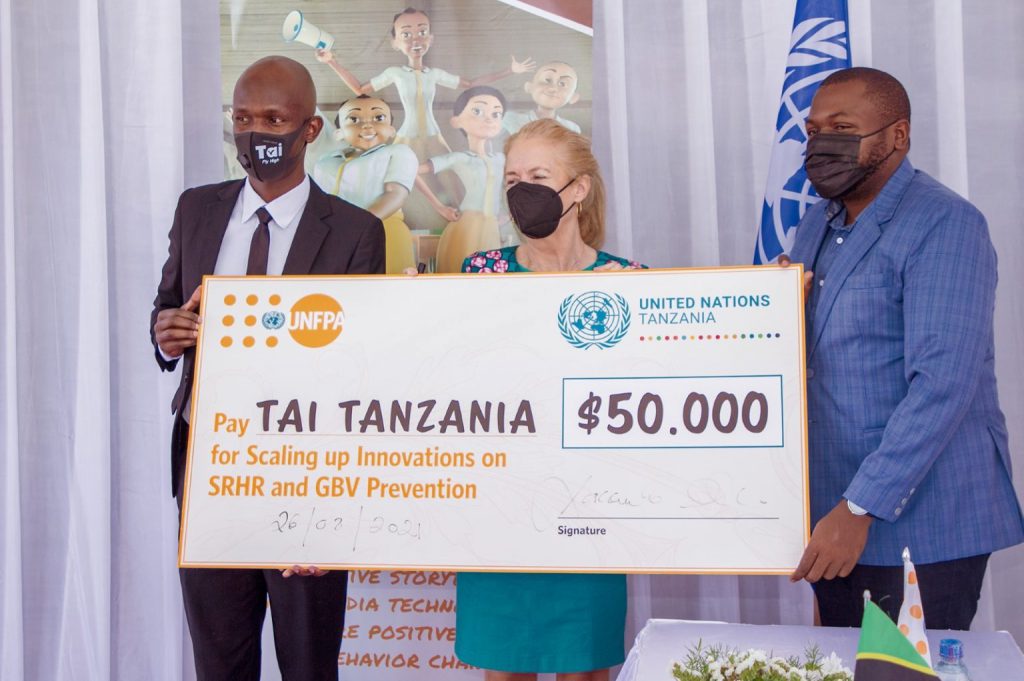 On the 2nd of July 2021, Tai Tanzania was named one of the recipients of the funding under the UNFPA iAccelerator project scale up. Tai Tanzania’s Harakati Za Ngeti Animated Series which raises awareness and changes mindsets about Sexual Reproductive Health, Gender-Based Violence (GBV) and other various issues which derail a young person’s academic journey, was found to be an effective tool to fight these challenges. Violence against women is one of the most common human rights violations. GBV deteriorates the mental and physical health of its victims. UNFPA is one of the UN’s lead agencies working to further gender equality and women’s empowerment, and to address the physical and emotional consequences of GBV. This is why through the $50,000 fund Tai Tanzania will receive from UNFPA is aimed at creating two 3D animations which will educate the Tanzanian community about GBV. This project aligns with SDG no. 5: Gender equality and aims at tackling challenges faced by adolescent girls and young women (AGYW), especially issues related to discrimination and Gender-Based Violence in education and/or society. In view of that, the Country Representative of UNFPA Tanzania, Ms. Jacqueline Mahon, and her the UNFPA Team in Tanzania, visited the Tai Tanzania office to hand over and officially launch the Harakati Za Ngeti project. The project will continue UNFPA’s agenda in the current regions the agency operates in. In addition, the program sets to raise the opportunity bar to provide skill cultivation in 3D animation to bright young women. Tai Tanzania will host an animation training program for five female animators who will then be a part of the team producing the project’s animations. In its essence. The two new episodes of the Harakati Za Ngeti series expect to be launched within the 16 days of Activism against Gender-Based Violence which begin on the 25th of November to the 10th of December. We are looking forward to bringing immeasurable impact that will set the platform for reducing gender inequality in accessing education and in our societies. To know more about Tai Tanzania and our use of storytelling for social behavioural change, visit our website www.tai.or.tz.